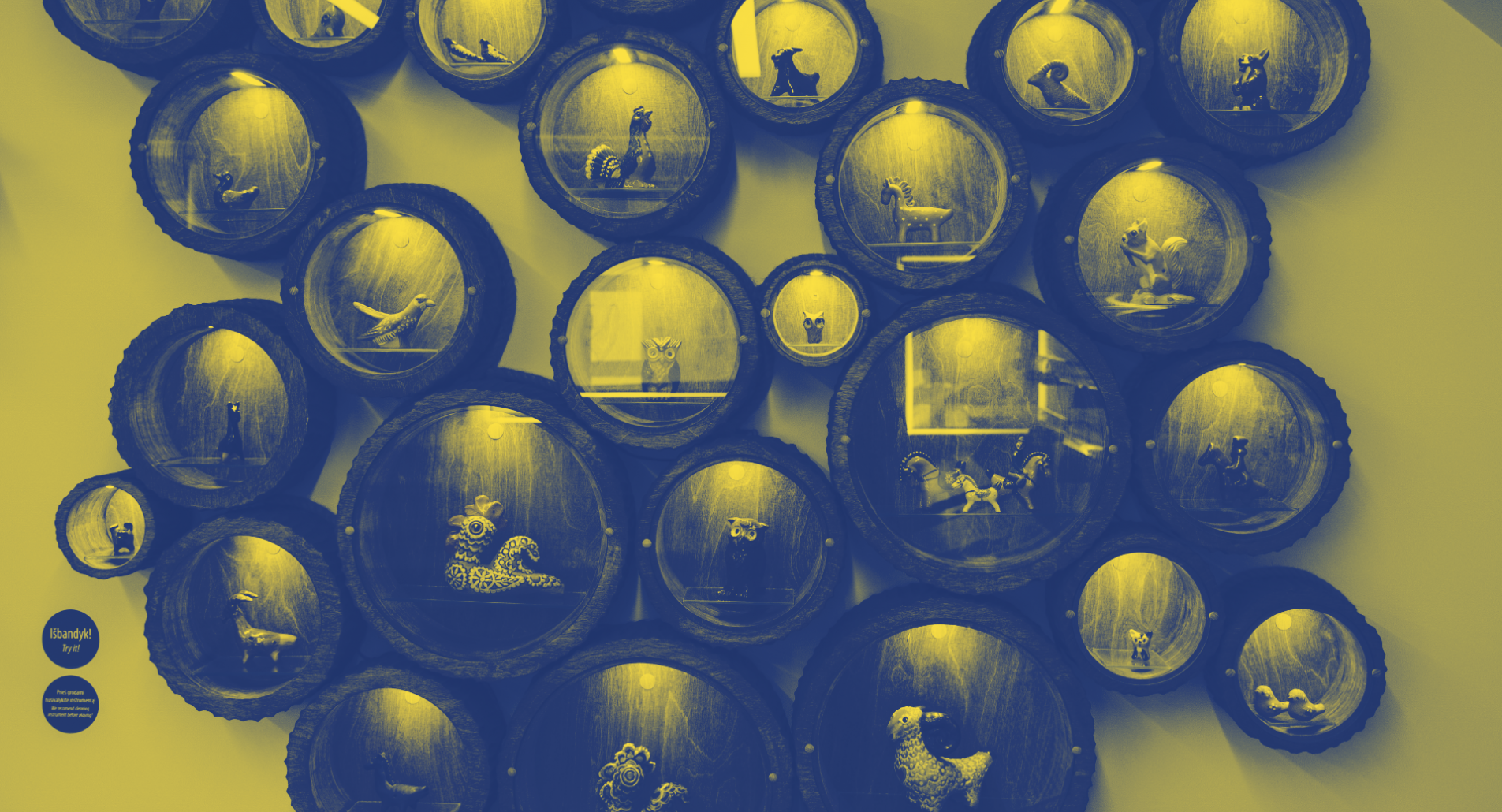 Have you ever played the stairs? If not, then Kaunas City Museum invites you to visit the Folk Music Branch, where the exhibition starts with the sounding stairs. After climbing up, you will discover an educational space where you’ll be able to try out various Lithuanian folk music instruments and see a contemporary and updated exhibition of the museum.

In this part of the exhibition, folk music for wind instruments is presented through two topics of traditional culture – shepherding and sutartinės (Lithuanian multipart songs). Therefore, you will not only see the music instruments, but also experience the context of folk music through photographs, audio recordings and educational elements. You will hear originally played whistles, hornpipes, trumpets, skudučiai (a Lithuanian variant of Pan pipes), fifes and birch trumpets, and on the stand presenting the materials for instrument making you will see plants as well as animal parts that were used to make music.

Don’t forget the sutartinės karaoke! It is very interesting and simple to sing sutartinė with an experienced performer – you will surely enjoy this new experience!

Kanklės’ exhibition reflects both the old and the more recent tradition of playing this instrument. It presents kanklės from all ethnographic regions of Lithuania, different ways of playing and the most important craftsmen of the instrument. You will also see the 20th century kanklės decorated with ethnic motifs that testify to the strong national identity of Lithuania and the development of national culture.

At the exhibition’s information terminal, you will be able to hear kanklės’ music from different times, see the retrospective video footage and take part in a quiz. You will be able to try the instrument and feel an individual connection with it.

There is space at the museum dedicated to the contemporary post-folk expression. The main genres of post-folk are presented. They are neofolk, folk rock – “hardened” with the help of rock and metal music – electronic folklore and popular folklore infused with pop music rhythms and easy rock music sounds. This section presents the most famous Lithuanian musicians and currently existing bands. You will be able to understand their unique relationship with folklore by listening to their records.

Instruments found in many countries’ folk and professional music with deep traditions in Lithuanian folk music are presented at the International Musical Instruments exhibition located in the Gothic-style building of the second half of the 16th century. They consist of violins, cimbalom, drums and bass violins, garmon, accordions, guitars – that became popular in the 19th century – and other instruments that were played during celebrations and festivities. Nearby, you will be able to find the pump organ used in churches and manors. You will also be able to play one of the electronic pump organs!

Through the Windows of the Town Hall Tower