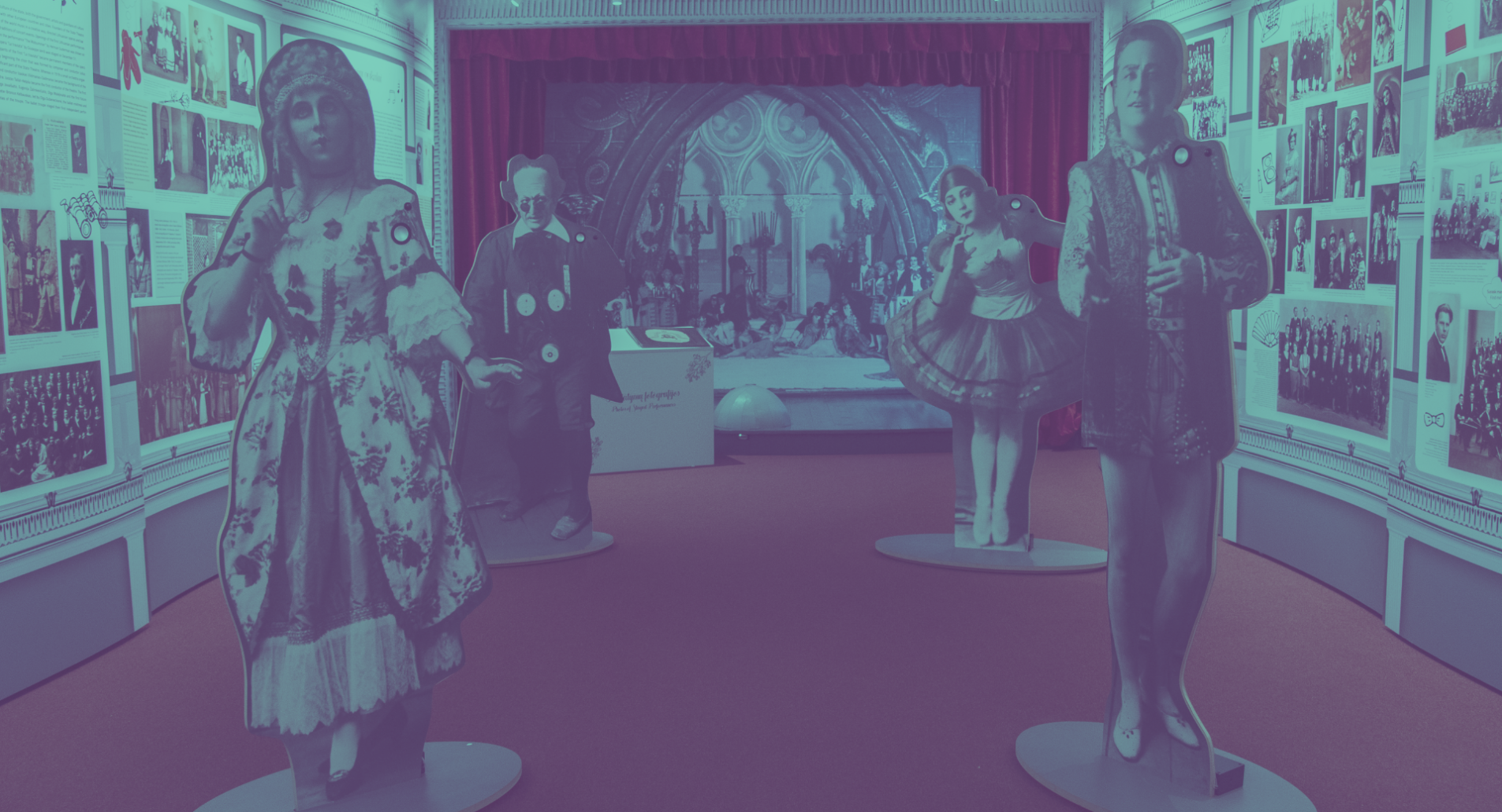 On February 15, 2018, on the eve of Centennial of the restored Lithuania, new exhibition “State Theatre. Music that Brings the Nation Together” was opened at the legendary brothers Mikas and Kipras Petrauskai home. The exhibition contains more than 200 exhibits from the museum collection dedicated to various State Theatre opera and ballet productions, conductors, actors, dancers and musicians.

At the exhibition, you can catch a scent of linden designed specifically for this space by Laimė Kiškūnė. The smell, together with the State Theatre facade model, Miesto Sodas photographs and an inviting little bench creates a cozy atmosphere of Kaunas – or Little Paris, as it was called at the time. The photograph depicting State Music School building on Maironis Street, links the people who worked at the State Theatre and the State Music School (later at the conservatory), who combined their concert and pedagogical activities and raised the new generation of musicians for Lithuania. The light-emitting windows contain photographs of school teachers and headmasters, events, stories, concert programs and unique documents.

In the space imitating the State Theatre interior – formed specifically for this exhibition – under the model of original theatre ceiling, you will hear lively stories told by some of the first actors – soloists Kipras Petrauskas, Adelė Galaunienė, Antanas Sodeika, ballet dancer Olga Malėjinaitė – dressed in their most beautiful and most interesting theatrical costumes.

The exhibition also presents events important to the history of the theatre: the producers of first La Traviata and circumstances surrounding it, national opera and ballet creators. 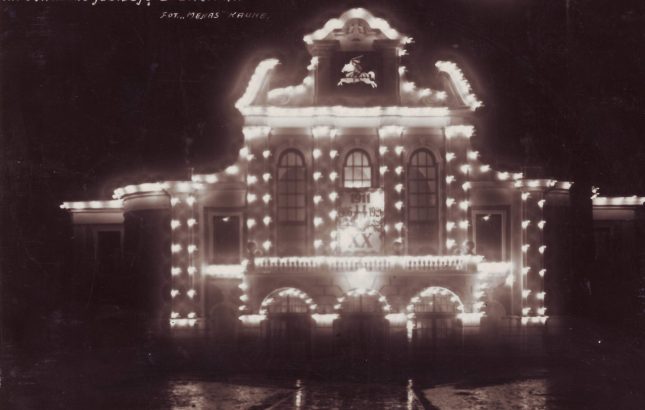 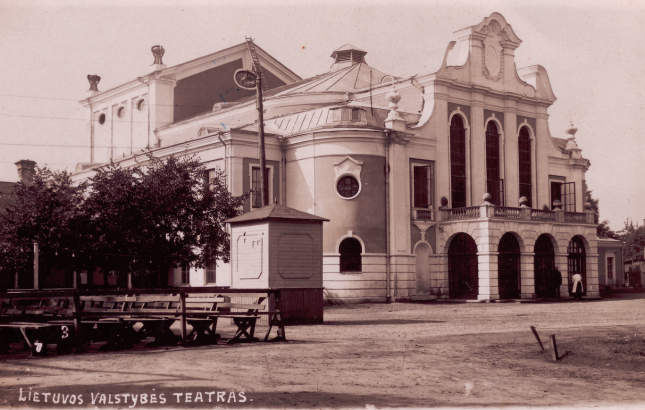 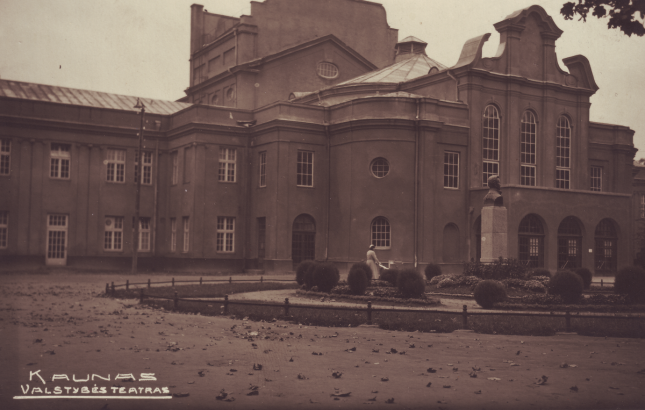 A personal acquaintance with each theater soloist was prepared. The most interesting photographs captured musicians who had studied abroad, but returned to work in Lithuania, as well as the young generation which had been educated in free and independent homeland, conductors, the growing orchestra and choir and ballet troupe formation process. Every artist could tell their unique story. Some spent their youth abroad, unable to work in their native country, others were forced to choose emigration, unable to give all their potency to Lithuania, and yet others paid with life and exile for their sincere work. The exhibition pays respect to the foreign artists who were unable to create in their own countries for various political reasons and chose Kaunas and the State Theatre as their temporary or permanent home.

In the exhibition you will get acquainted with the photo album of various State Theatre productions, behind which you will find a stage. The invisible prompter will reveal the behind the scenes secrets and will tell all about the make-up artist’s tools, female artists’ accessories and will invite to try out the specially prepared costumes before the conductor arrives. At the make-up artist’s corner, you will find the caricatures of conductors, directors and musicians which were made by artist Leonas Kaganas and the State Theatre Orchestra oboist Romualdas Džiugas.

You will get acquainted with the State Theatre repertoire, staff and the ticket fees from the 1930s, conductors Juozas Tallat-Kelpša, Stasys Šimkus and Juozas Pakalnis’ batons, Olga Malėjinaitė’s ballet shoes and (not the best) hobbies of Juozas Tallat-Kelpša.