Kaunas City Museum was restored on October 20, 2005, by Kaunas City Council, under the decision No. T-535, as municipality’s budgetary institution. It opened its doors to the visitors on February 15, 2008, with an exhibition Kaunas in the Signs of Time: from the beginning to 1940 dedicated to the 600th anniversary of Kaunas self-government.

The history of the first museum

The beginning of Kaunas City Museum’s history dates back to 1882, when the first-rate fortress was being built in Kaunas. Engineer E. I. Golyškinas, who worked alongside other experts in digging trenches for forts, noticed some interesting examples of paleontology and started collecting them. After collecting a large collection of finds (about 1,000 units) and consulting the St. Petersburg Imperial Archeological Commission, he decided to transfer it to the City Council of Kaunas. The collections were transferred on July 30, 1897. They were the basis for founding Kaunas City Museum that had a room designated for in the Town Hall.

The botanical collection of Kaunas district flora, compiled by German consul in Kaunas, Baron von Mollendorf, was stored at the museum. Soon enough, it was also enriched by prelate Jonas Radavičius who donated the collection of 800 coins, various minerals, ores and fossilized animals. The member of governorate statistics committee and history teacher of Kaunas girls’ gymnasium, Konstantinas Gukovskis, who was interested in Lithuanian past, folk art and language, served as the first head of the museum. All the museum’s affairs were handled by a special commission formed by the city council, which sought to accumulate as many exhibits as possible. On April 15, 1898, it decided to address the Imperial Archeological Commission in St. Petersburg and other academic and art institutions as well as art schools and private individuals, requesting for exhibits for the new museum. St. Petersburg Imperial Archaeological Commission “was pleased to provide … one iron ax, one iron spearhead, one stone ax and 10 pieces of bronze bracelets and necklaces.” The Art Academy and other institutions of art education announced that they will only send exhibits to the museum when the statute of the museum will be prepared.

The museum collected a variety of materials, but since there was a wish to name the museum Kaunas City Museum, it had to accumulate exhibits reflecting only Kaunas’ trade, crafts, urban culture and everyday life. 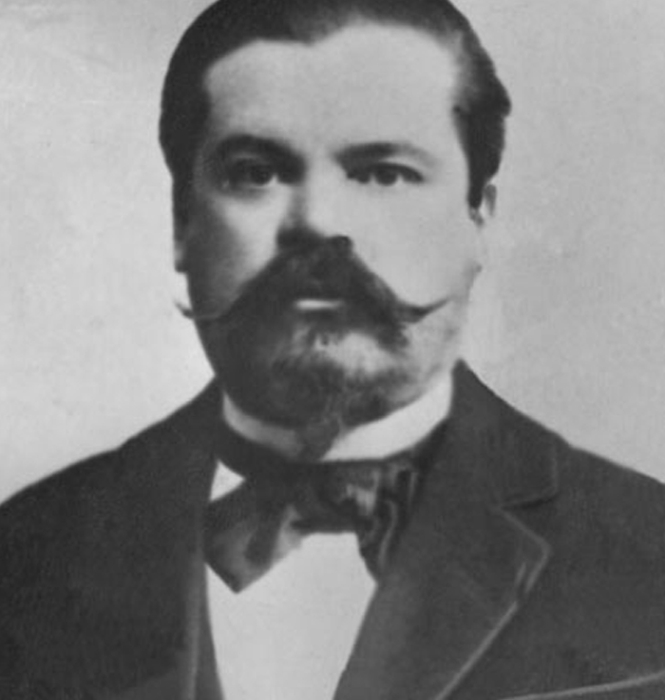 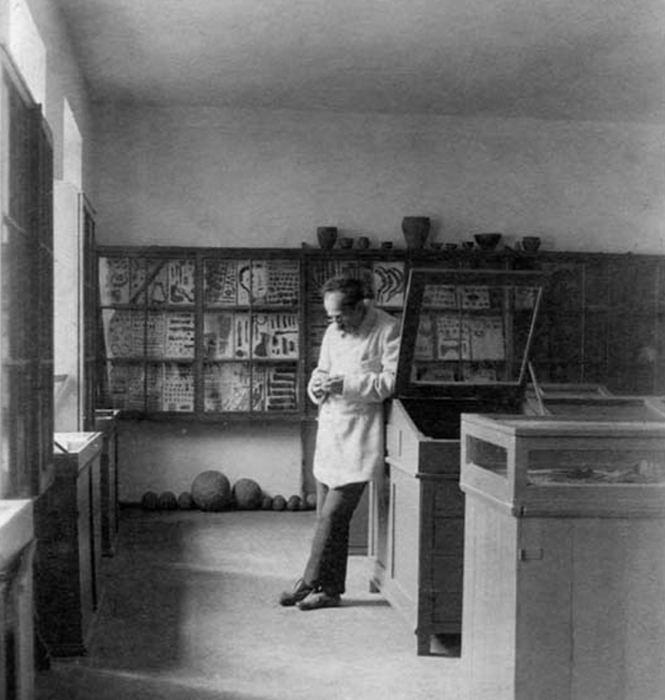 On November 25, 1898, the city council decided to prepare the statute of the museum and provided the premises for it in a former post office building nearby. The museum was established there in 1907 and operated until 1936.

The statute was approved only on November 5, 1905, and the museum was named Kaunas City Scholarly-Industrial Museum. In 1906, after the death of its head K. Gukovskis, the museum remained without a leader. Then, archeologist and artist Tadas Daugirdas offered his help in taking care of the museum. He was appointed a museum supervisor and conservationist on February 8, 1907.

T. Daugirdas, energetically, began to tackle the museum’s affairs. He addressed the public via press asking for exhibits and introduced it to the museum’s work. He preserved and classified the museum exhibits. Pinned 103 plates onto them, described each of them and supplemented the exhibits with drawings and photographs. With the help of the museum commission, the role of the museum in the city grew. Understanding its importance, Kaunas factory owners Tilmansas, Šmidtas and Rekošas donated the examples of their factory production to the museum.

During more than ten years of working in the museum, T. Daugirdas not only arranged the exhibits, but also incorporated his own collections. In addition to archeology, paleontology, ethnography, factory and home industry (craft) sections, he also founded numismatics, philatelic, and Western European art departments. In an effort to organize the museum better, T. Daugirdas studied museum literature, visited the best museums of the Russian Empire and in other countries and on April of 1914 participated in the congress of Polish museologists where he introduced the participants to Kaunas City Museum. 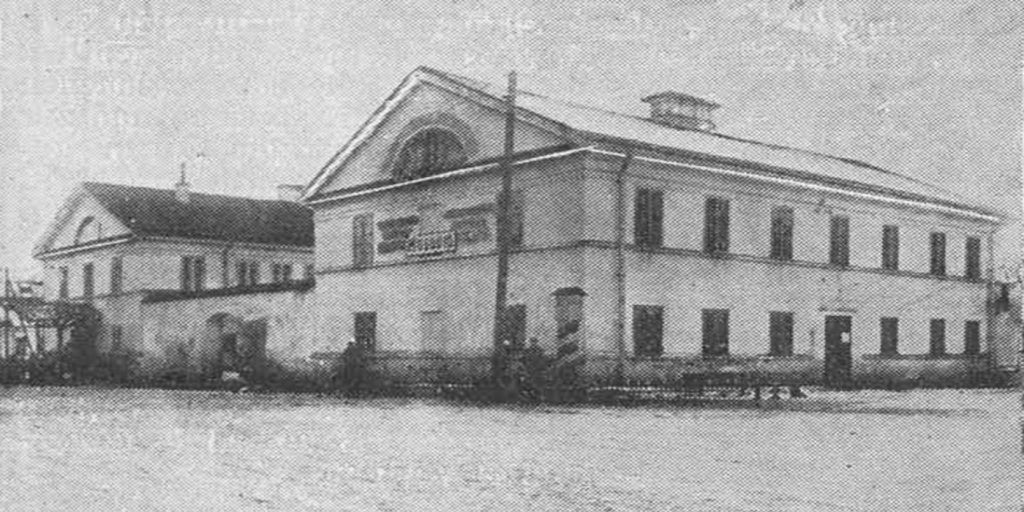 In 1915, when Germany occupied the city, the intensive work of the museum was disturbed for a while, but T. Daugirdas did his best for the exhibits not to be plundered and taken away to Germany. He had to work closely with the Germans. T. Daugirdas was an assistant to the German burgomaster, collaborated with newspapers writing about the bombing of Kaunas, Kaunas Castle, Lithuanian customs and so on. Germans repeatedly wrote about the museum led by T. Daugirdas and about the conservationist himself also remembering Kaunas’ past, “The museum is opened for visitors each Sunday morning. Visiting it, under the guidance of the very educated director is a real pleasure. The collection of bronze finds is very interesting, but even more interesting is the part dedicated to Lithuanian culture and folk art because it will help the German visitor to understand the life of this intelligent and hard-working nation. Focusing all of his efforts on these collections, Mr. Daugirdas earned his nation great merit,” wrote the Kownoer Zeitung on January 19, 1916. Professor Bork who served as a German lieutenant at the time, wrote about the museum in his letter to the magazine Mannus in 1915, “Here, in Kaunas, I discovered a small museum, the value of which lies in its prehistoric and ethnographic sections. Having received a ridiculously small state allowance, the head of that museum was able to collect the things that we can see today as well as save the monuments of the past…” The article was published in 1918.

T. Daugirdas took care of the museum until his death in 1919.

On January 23, 1920, Prof. Eduardas Volteris was appointed the director of the museum; he led the institution until 1936. The new director together with the museum commission not only continued the work that was started by T. Daugirdas but also intensified the conservation and restoration works – a new Kaunas City Department of Culture was established. Museum exhibition and archives served as a training laboratory for Lithuanian university students and teachers used the exhibits as visual teaching materials.

With a growing number of exhibits, the museum’s premises became cramped and it was impossible to establish a larger exposition. Out of options, the management tried to sell the exhibits that were less relevant to the museum’s character to other museums. In 1936, after the Culture Museum was founded, City Museum was closed and the exhibits dispersed.

Today, by continuing the work of its predecessors, the restored Kaunas City Museum, is starting a new history.